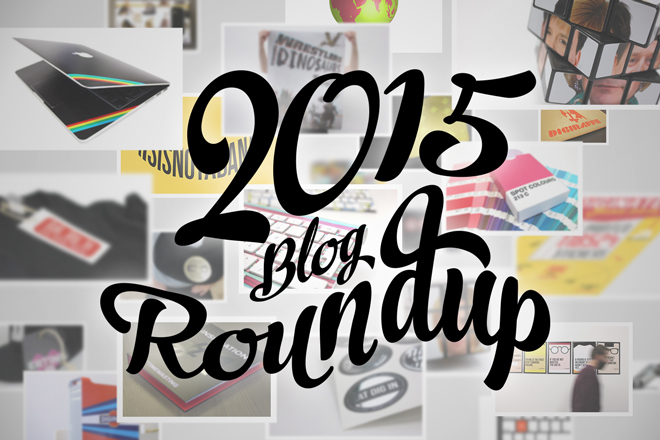 We did have a some time spare now again to have a little fun on the Diginate blog, so for the benefit of readers who only have the internet at Christmas here’s a summary of what we got up to in 2015… 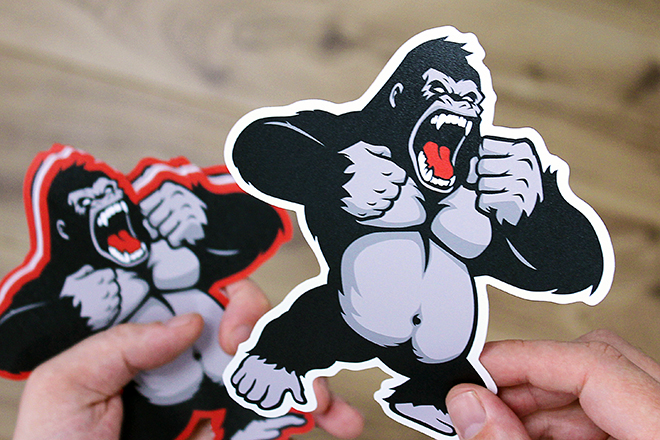 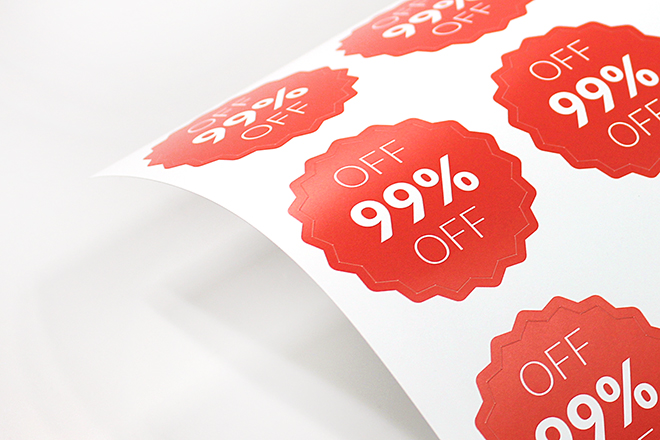 New product junkies had a long wait this year, but eventually we launched two new label weight sticker products in December. To complicate things slightly we changed Gloss vinyl to Heavyweight gloss vinyl, Matt vinyl to Heavyweight matt vinyl, and had to make a whole new set of Futuristic Factories as a consequence. Which was fun. We also introduced Die Cut stickers in July, which made a lot of people a lot of happy.

It’s important to demonstrate all the potential uses of your products, and if you can upset your co-workers in the process it’s blog gold. That’s why we made some useful warning stickers for the Diginate office – nobody has dared to put Elbow on the stereo since. In honesty all the new rules slightly killed the vibe at Diginate HQ, so we put up some motivational posters to give everyone a little morale boost. It worked a treat. 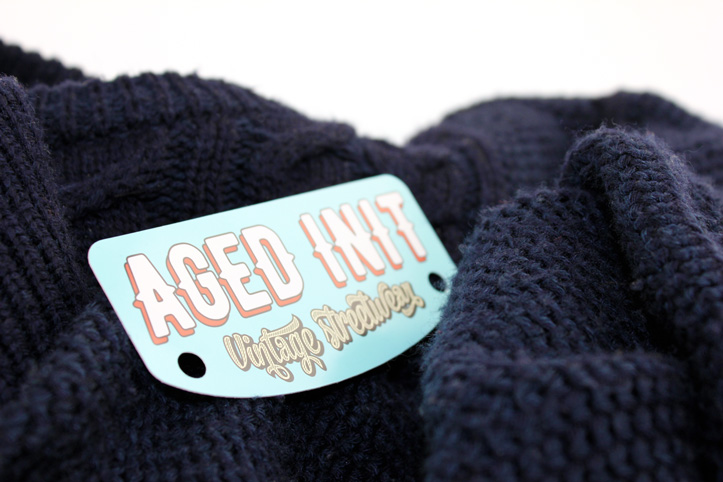 To demonstrate how awesome our metallic products are for use as snapback stickers we… well, we printed some and stuck them on snapbacks. Fortunately, we had already launched Eat Dig In, a streetwise urban fashion brand which was the perfect vehicle for the project. When our Die cut stickers launched in July we demonstrated how to deploy them as clothing tags, using a couple of cool new brands including ‘Aged Init’, purveyors of vintage streetwear.

Give a man an Elbow record and he can listen for a week, but give a man the means to produce his own Elbow records and he can listen to Elbow for a lifetime. That’s why we decided to show you some Illustrator and Photoshop skills. We showed you how to map art, remove unwanted items from photos, use the shape builder tool, and a few other bits and pieces. If you don’t have Adobe Illustrator don’t worry – we tested out five alternatives on obscure football club badges. 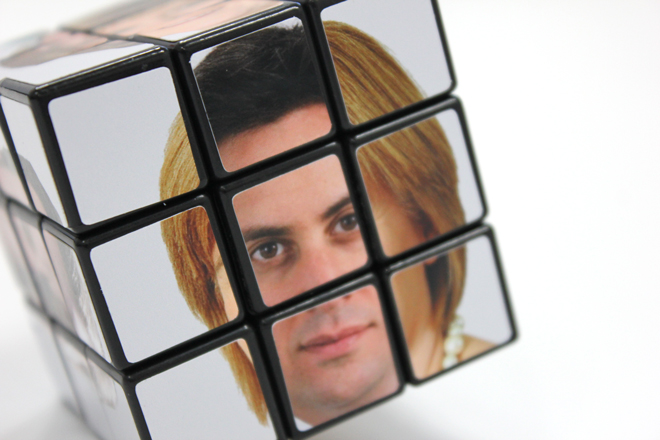 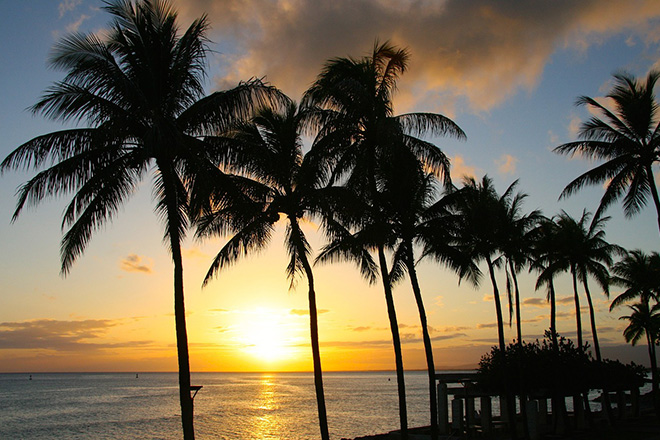 Speaking of football, we published our own predictions for the Premier League sack race in a blog post that had absolutely nothing to do with printing, and almost everything to do with getting predictions wrong. We also contributed to the electoral discussion in the run up to May 7th by creating a UK Election Rubik’s Cube. The cube told us nothing of value, but haunted our nightmares for months.

On the subject of blog posts with not much to do with printing, we also went to great lengths to uncover 8 upsetting stock images for your enjoyment, and as the summer started to draw to the close, compiled a list of 10 amazing co-working spaces around the world where you can work and be on holiday at the same time, just like a Thomas Cook rep. Oh, and we caused BIG CONTROVERSY by suggesting that you should definitely be using Comic Sans every day, especially for important things. 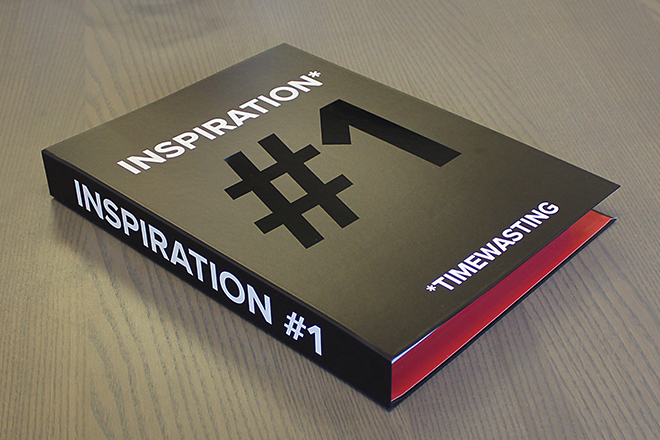 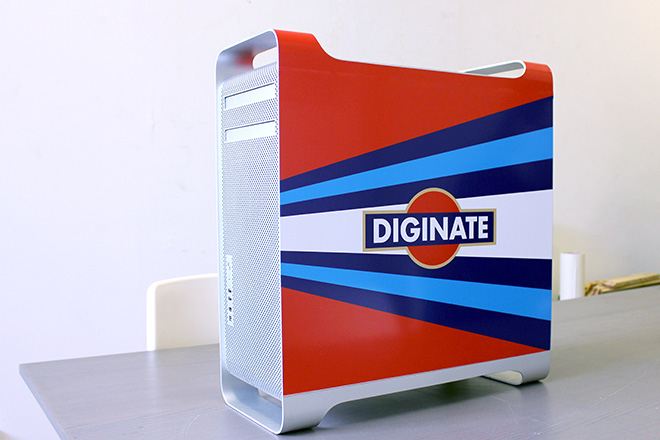 Occasionally we created something useful using Diginate products. For example, we made a custom magazine file for all our magazines, some custom playing cards, stencil stickers, and a cardboard virtual reality headset covered in cats, which we used to look at Paul McCartney. We also created a 3D Poster for the hit movie Wrestlers Riding Dinosaurs Vs Knights, and showed you how you make one of your own.

Mostly though we stuck stickers on our computers. We created the Rally Mac, a tired Mac Pro that sped up significantly with the addition of race graphics (it didn’t), and tried to make a Macbook Pro a bit worse by transforming it into a ZX Spectrum. We also created some funky keyboard wraps, which still adorn our keyboards at Diginate HQ. 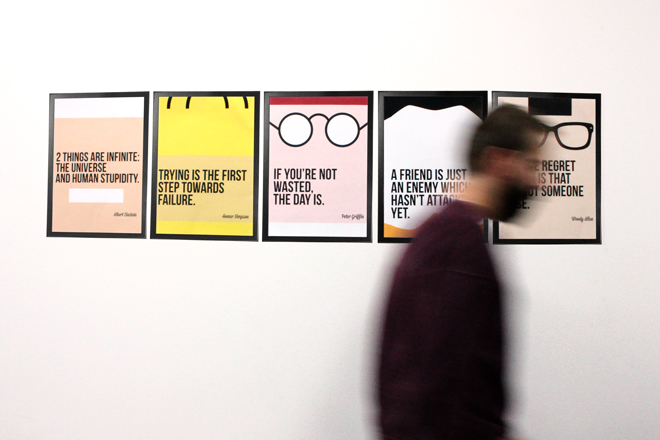 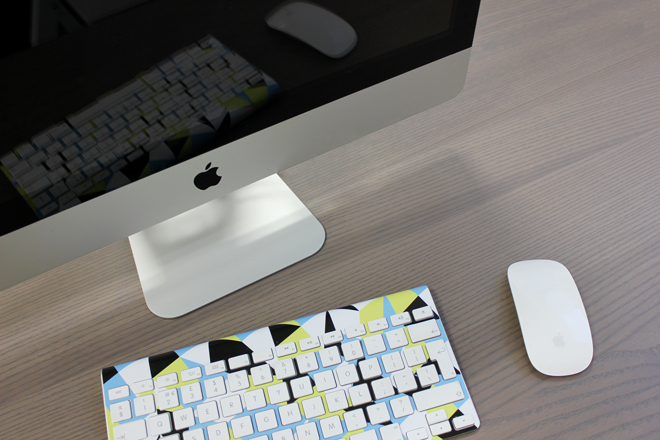