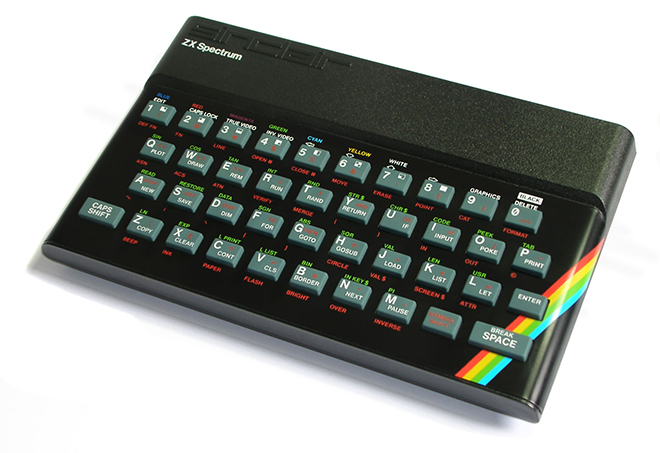 The ZX Spectrum is one of the machines that truly took computing mainstream. And what a machine it was – you could play Chuckie Egg, load software from a normal cassette deck, and had to use your TV as a display. It was so popular, in fact, that this year there have been two separate projects to relaunch it – the ZX Vega and the Recreated ZX Spectrum.

These days I play most of my Chuckie Egg on a Macbook Pro, which is not compatible with audio cassette storage, but does interface successfully with my television. It also facilitates keeping up to date with the monarchy and enjoying some much needed peace and solitude thanks to it’s fast connection to the ‘post-Spectrum’ world wide web.

Whilst my life would be more difficult without a modern computer, I can’t help feeling a bit angry that my boring laptop doesn’t look all cool, iconic and full of possibilities… like a ZX Spectrum. So I decided to make it look like one…

Several days later I had a completed template, all thanks to my top tier project management skills: 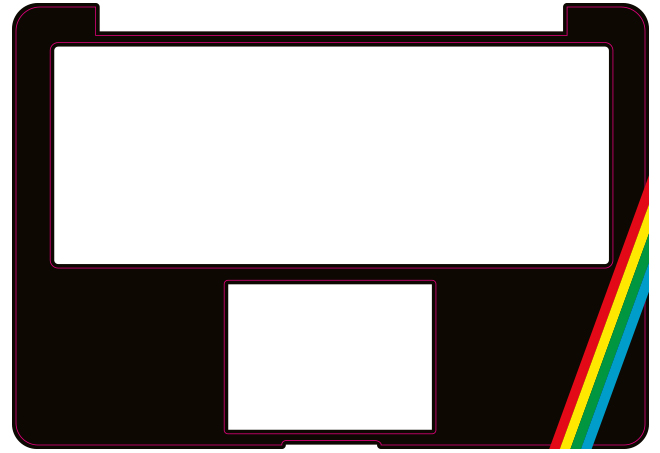 This template was then sent to the Diginate presses which I had, in anticipation, stopped using the large wall-mounted power lever. The Diginate print engineers were very excited to refocus their efforts onto my project, vowing to work late to rectify any issues caused by the abrupt (but necessary) stopping of the presses.

Here are the results: 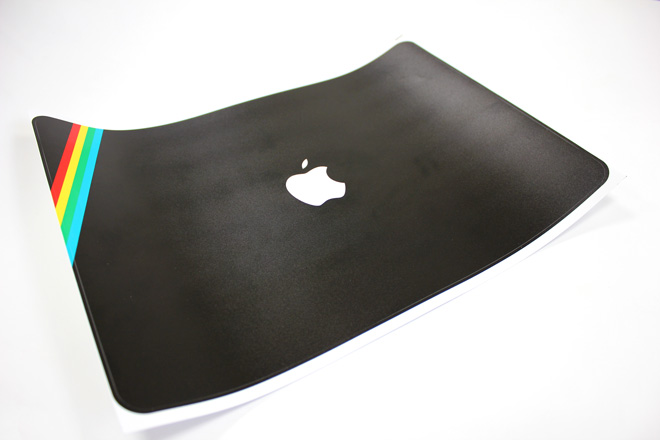 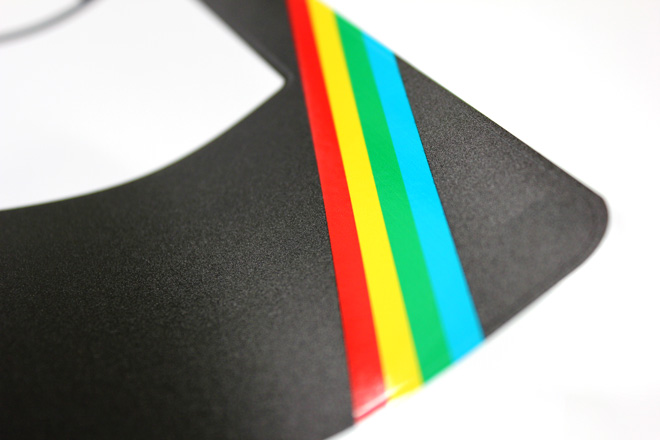 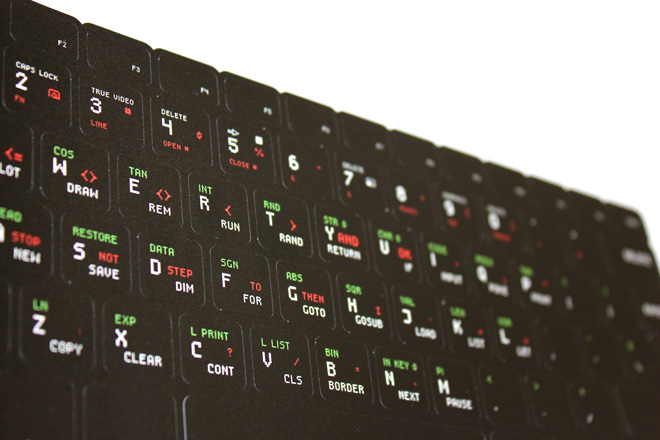 The dream was becoming a reality. After several hours of sticker application, crippling self-doubt and financial difficulties I had my finished ZX Mactrum. What a site to behold! 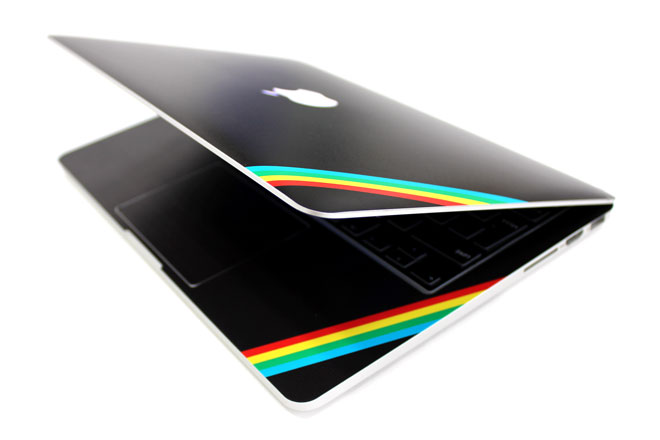 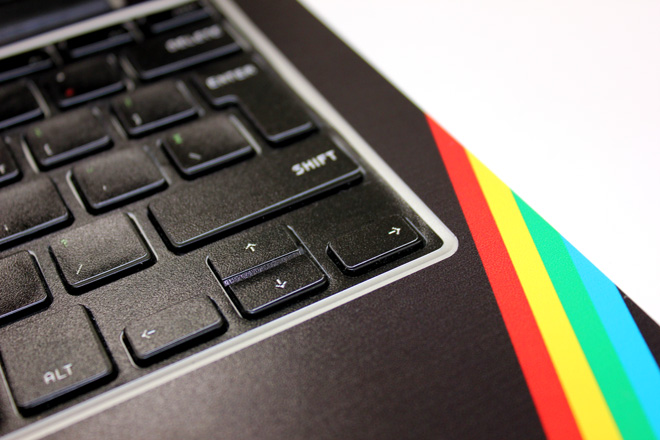 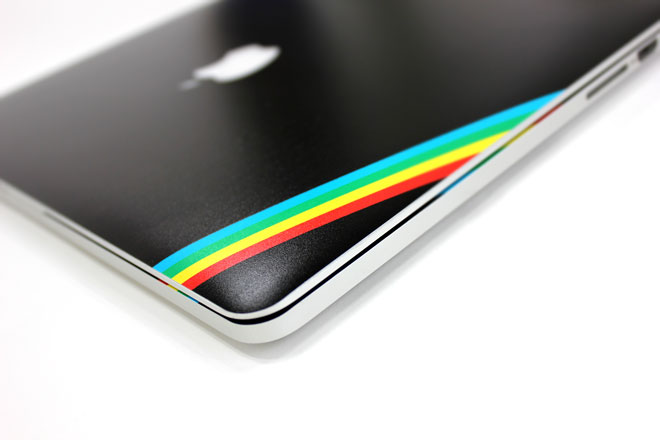 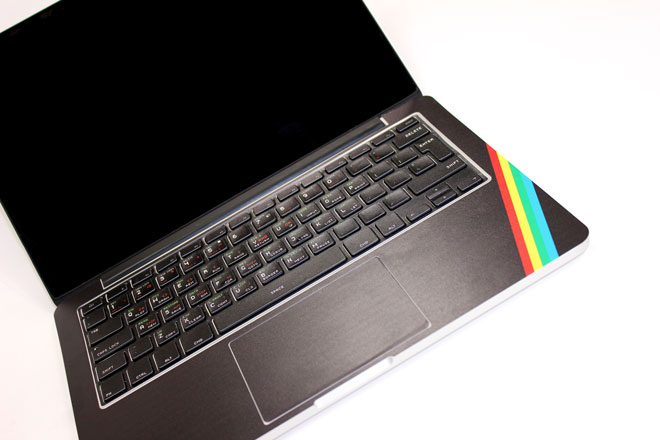 I even added a spot gloss finish to the iconic coloured stripes for a super-authentic look. Now, where’s my Chuckie Egg cassette?