Did you know that you can make your own Virtual Reality out of cardboard? Neither did we, until now. Check out this blog post to see how we made our very own cardboard Virtual Reality headset!

Virtual Reality has been seen as the future of entertainment for many years now. In fact, it seems to have been right around the corner for as long as we here at Diginate can remember. It’s fair to say certain big projects have not been a great success, but that’s all about to change.

Although Oculus Rift is still a while away, at least from being affordable, there is another option out there. With Google Cardboard, anyone with an Android smartphone and £10 to spare can get in on the action! You can buy a pre-made headset, or just cut out and fold your own cardboard version. All you need is a few basic things.

Read on to see how we made it, and what happened when we tried the apps!

This is all you need! We customised our VR headset with a nice selection of cats using our Gloss Vinyl stickers. Once Virtual Reality takes off all everyone will do is just look at cats anyway, right? 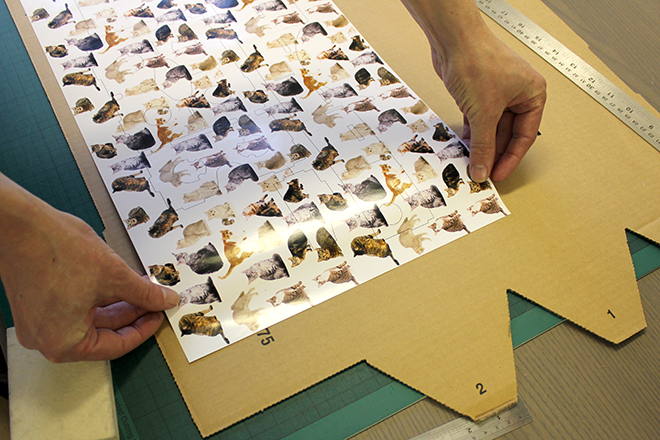 The cardboard we tried first was a bit thick and rigid and hard to fold. In the end we used a simple cardboard box. The first step was to stick the sticker on the cardboard… 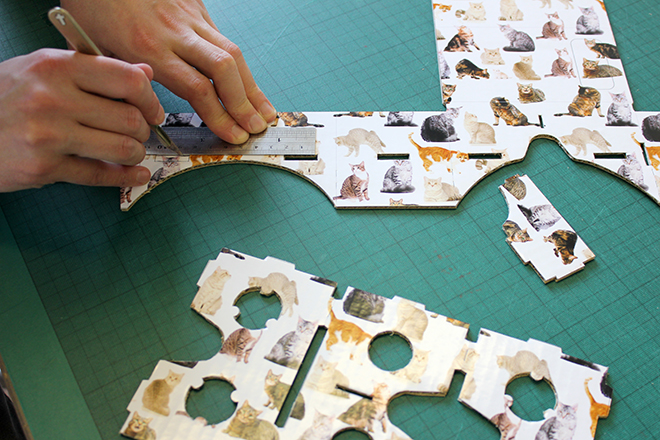 …and cut out the various parts following the guide lines. 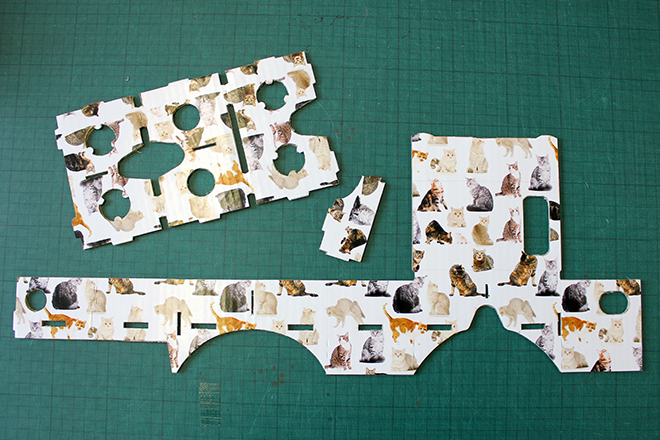 Here are all the cut parts. Time to fold! 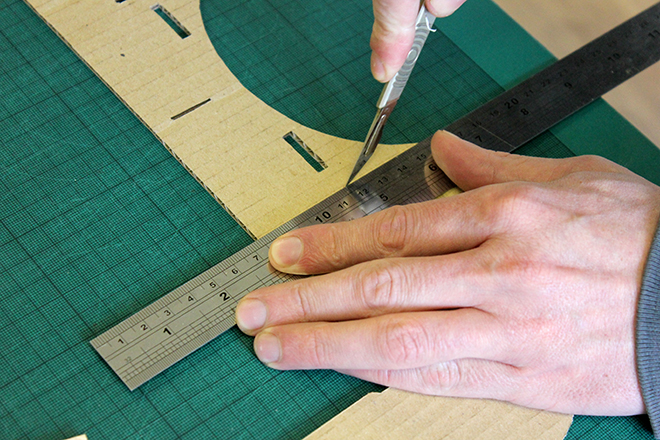 Scoring the cardboard on the reverse side makes the folding much easier. 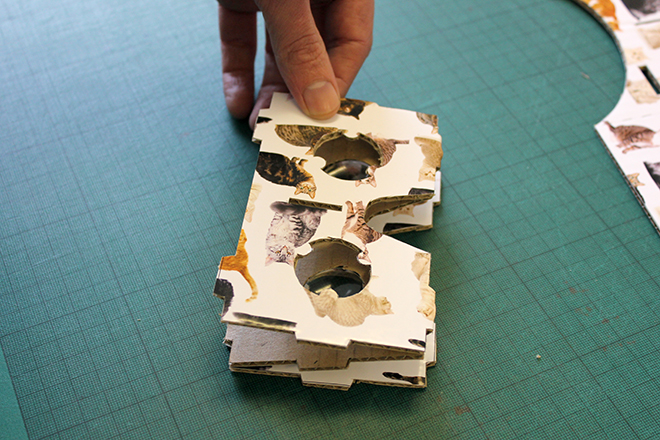 Inserting the lenses was the next step, and the cardboard was folded like this. 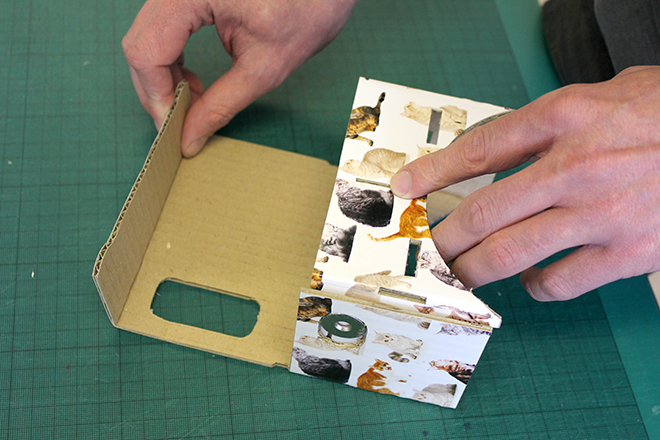 The rest of the headset was then folded together. 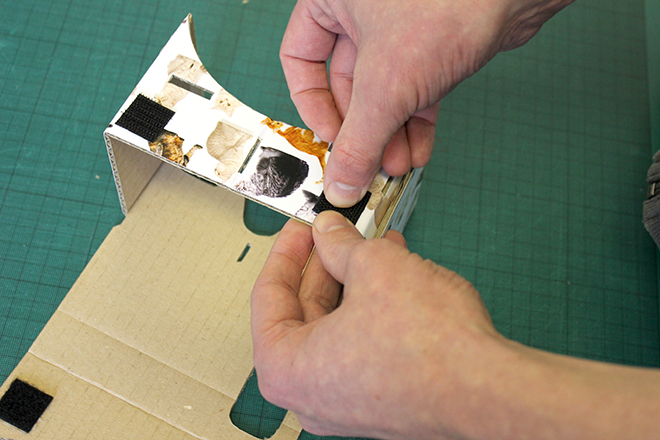 The kit comes with velcro tabs that… 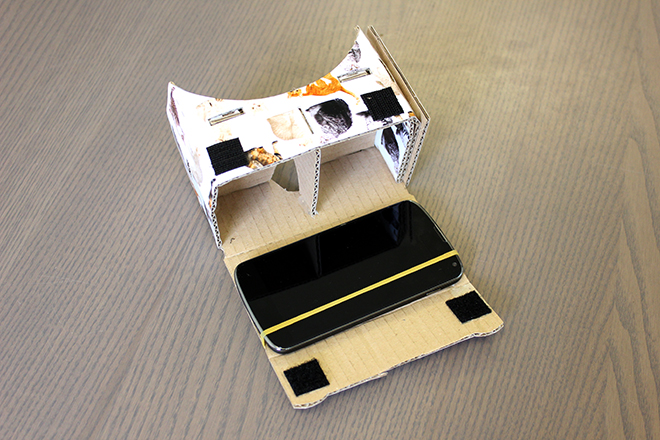 …along with a rubber band (also included), will keep the phone in place. 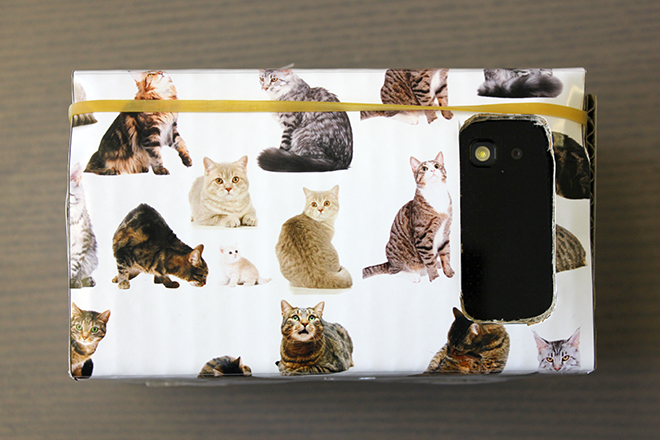 This is the finished cardboard from the front… 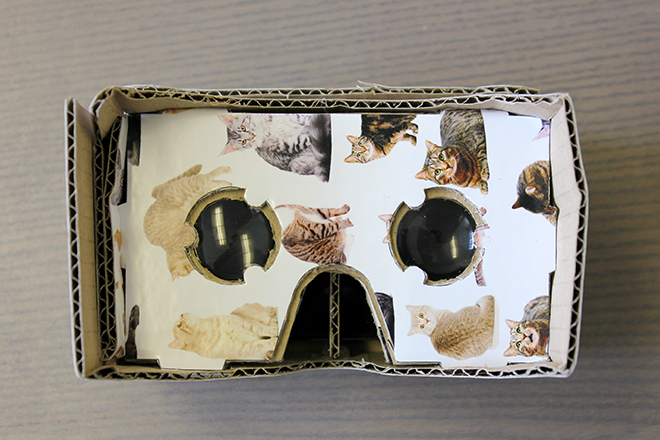 …and from the back. The cats certainly seem to like it. Now it’s time to test it! 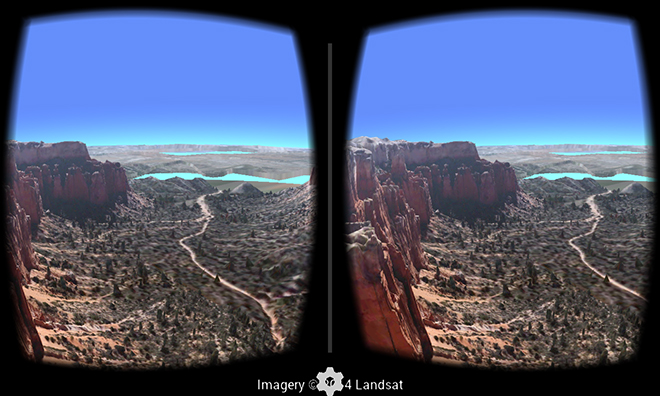 ‘Google Cardboard’
There are quite a few VR apps and games out there, and the official Google Cardboard app is a good place to start. It will let you fly around with Google Earth, visit Versailles with a tour guide, watch YouTube videos on a massive screen, look at an exhibition, look around Photo Spheres that you have created and watch an interactive animated short film.

The best part of the app was definitely flying around in Google Earth. Although it can be a a bit tricky to navigate at first, once you get the hang of it it’s quite fun. Visiting Versailles was also pretty good, with a tour guide that shows you around and explains what you are looking at. The Photo Sphere function is quite interesting – you can view all your Photo Spheres (360 degree photographs) and panorama images. The other parts work well to get used to how it works, but don’t offer that much of an experience really. 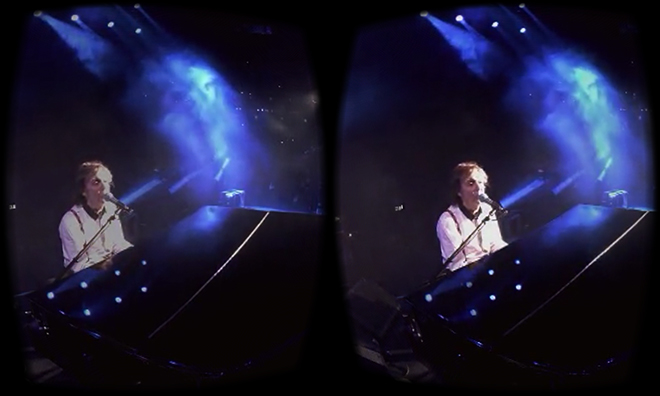 ‘Paul McCartney’
Next we watched Paul McCartney performing ‘Live and Let Die’. A 360 degree concert with surround sound and immersive audio, this was a unique experience. Probably his best ever (post-Beatles) song, it really comes to life with this app. Apart from seeing sir Paul and the band up close, you can also see the concentrated/bored looks on the camera and sound guys. Pretty funny. And there’s fireworks! Recommended. 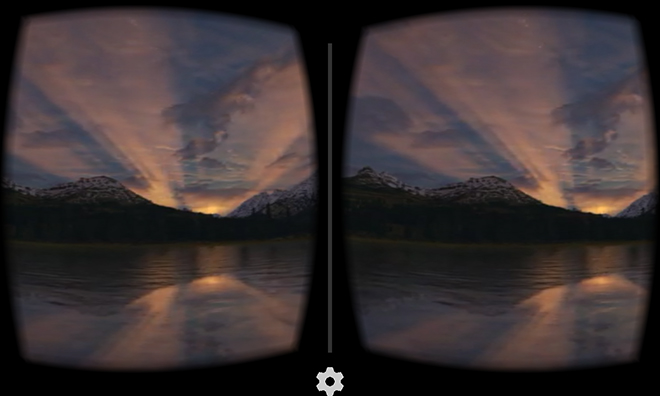 Overall the Google Cardboard is well worth the money and effort. The apps we tried were all very good, and they were all free as well. Apart from a couple of rather large downloads, there aren’t really any negative aspects (although you can feel slightly dizzy immediately after a taking them off). There are bound to be many more apps, games and films for it in the future that explore the concept further and add to the overall experience.

Perhaps the most entertaining part of it all is actually watching other people try it and bump into things as they try to walk around the virtual landscape.