Actually, get 22.317648% off everything on Diginate.com for the next week! Why that weirdly specific number you ask? Well, that’s because we made a rather complex calculation: 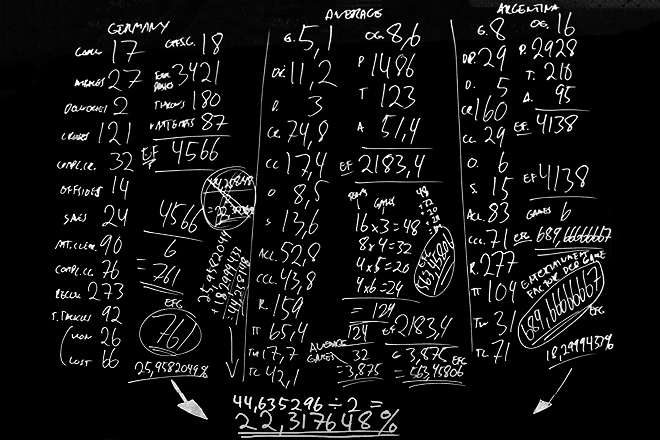 Basically, we used the statistics on the official FIFA site to figure out what we call the Entertainment Factor (EF). We compiled the number of goals, tackles, passes, crosses etc. to find out how much has actually happened over the course of the World Cup for Germany and Argentina, as well as the average team. Adding all these number together, we found each team’s EF. Since not all teams have not played as many games as others (England, if you don’t remember, only played three) we found the average number of games, which was 3.875.

We then divided the EF by number of games and came up with the EFG (Entertainment Factor per Game). Germany was the most entertaining as expected (761 EFG), but Argentina were not far behind (689.67 EFG) and the average team was the least entertaining (563.46 EFG).

So how entertaining, percentage-wise, will the final between Germany and Argentina be than if two average teams played each other I hear you ask (what do you mean, you don’t even understand the question)?

Well, it turns out that Germany are roughly 26% better than average, and Argentina are 18.3% better. The final part of our calculation was to find out how much more entertaining the game between Germany and Argentina will be, compared to the average team, which turned out to be 22.317648%.

So when you are watching the final, keep in mind that however boring it may appear it could easily have been 22.317648% more boring.

To celebrate the World Cup final we are offering everyone a 22.317648% discount on Diginate.com until midnight on Friday 18. July! Just use this discount code at checkout: